The news for 2020 has a few predominate themes: intensity, duality, and breaking down old structures and ways of doing things that no longer serve. Humanity is in a ‘game changing’ phase.

Waves of light are bombarding our planet. They contain codes of higher octave frequencies that will completely change our current version of reality. The power structures and the geometric grids that have held up the old 3d version of life are collapsing as the higher frequencies merge their light into the old structures. Everything and everyone is being shifted into a completely new reality as the hologram finds its new balance.

Things will continue to amp up, and it’s becoming more important to have a space that feels good, where you can recharge and regroup.

All spaces hold thought forms, which are actually vibrational blueprints that hold instructions for manifesting reality.

There is a predominate vibrational blueprint that influences every space. Thought forms leave a residue which may or may not be helpful, outdated, or in line with your values and beliefs. So when the predominate energy blueprint of a space conflicts with you in your alignment – you will feel uncomfortable. As more people are waking up, their sensitivity is increasing. They are noticing and feeling things that they haven’t in the past, and it’s becoming more important to find the tools to work with that.

One way to understand the concept of a vibrational blueprint is by imagining yourself in a library for a few moments. You can see rows of books and people quietly reading… Now imagine a bar that features rock bands, drink specials, and free admission for ladies. The two spaces will feel completely different from one another – even when they are closed, when all of the people have left, and the spaces a re empty.

As the world becomes more chaotic and crazy, and people become more sensitive to it; having a safe place to retreat to becomes paramount. I’m offering Attunements for Spaces to actively create vibrational blueprints that are supportive for you in the spaces you spend time in.

Sessions for the home are especially helpful with transitions and creating your next steps. For example; after a break-up an Attunement will assist the person that is staying in the home to move forward with helpful energetics, rather than being immersed in the lingering thought forms that were created during the failed relationship.

In the office, an Attunement would be helpful when there’s a new boss (or when you’re the new boss) in creating a new agreement with an updated set of instructions/expectations and cohesion.

Atunements become important when you are moving into a new location or completely changing the theme of the space. For example, you find the perfect location for your new business, but realize that its four past inhabitants had failed businesses, or were engaged in something that doesn’t align with your values.

People pick up on energy. We’ve all walked into a room and remembered (again) an argument that we would have done differently. We may find ourselves replaying the scenario in our minds although the actual event has long passed. This is an example of a lingering thought form.

Even if a person’s personality isn’t aware of it, they will choose to avoid or go towards a particular area. We’ve all seen this with two gas stations in the same area. Both are easy to get to and have the same gas prices – yet one thrives and the other does not! Since you have a choice – why not create your spaces in ways that enhance and support your highest intentions?

If you are in a life transition, wanting to shift old patterns and create new energetics that support you in a positive growth forward, or simply wanting to create an environment that supports your highest intentions and potentials – an Attunement session would be helpful! 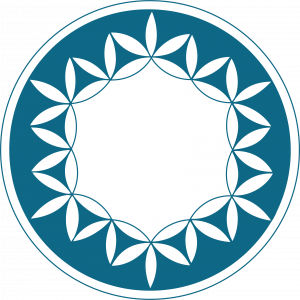